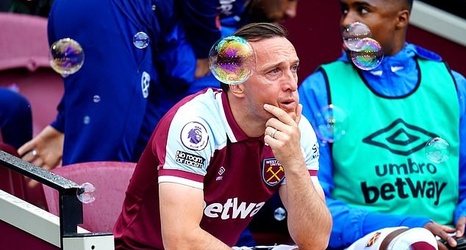 An emotional Mark Noble came off the bench to make his last home appearance for West Ham in a thrilling 2-2 draw with Manchester City.

Noble seemed to wipe away tears after a tribute from West Ham fans prior to the match at the London Stadium on Sunday.

And the 35-year-old midfielder collected the captain's armband from Declan Rice for the final time in a home game after replacing Manuel Lanzini as a substitute in the 77th minute.

Noble, a one-club man, has spent 22 years with the Hammers, with 548 appearances coming in all competitions.