Divock Origi will leave Anfield a cult hero and Fernandinho could not have asked for a better ending to life at Man City, but for Paul Pogba it really is time to go... the stars waving goodbye to the Premier League this summer 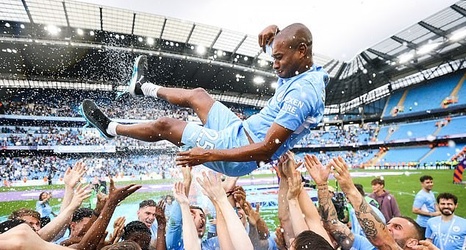 The end of the season often brings with it a few farewells. Some fond, others not so much.

Sunday saw a number of club icons across the Premier League bring the curtain down on their time in England, with title winners, Champions League winners and club captain's among them.

Here, Sportsmail takes a look at the biggest names waving goodbye to England's top flight ahead of the summer's transfer window...

Fernandinho got his fairytale ending to life at Manchester City... just.

The club captain was hooked at half-time on the final day, during his final appearance for the club, as Pep Guardiola searched desperately for the solution to come from behind against Aston Villa.