Cristiano Ronaldo 'pushing for a move to Manchester City with potential swap deal involving Bernardo Silva or Aymeric Laporte'... and 'deal could be done THIS weekend' 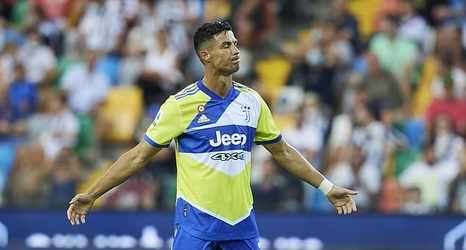 Cristiano Ronaldo is reportedly pushing for a move to Manchester City as Juventus' wantaway superstar eyes the exit door before the window slams shut at the end of the month.

Doubts have surrounded the 36-year-old's future at Juventus, with the Portuguese star reported to have asked to begin last weekend's season opener at Udinese on the bench.

Ronaldo has one year remaining on his deal in Turin and the Italians are understood to be willing to let their talisman go for £25million amid links to Manchester City and Paris Saint-Germain.