'Coming second every year is really annoying!': Caroline Weir ready to Manchester City No 1 in this Women's Super League season after being a runner-up three times in a row 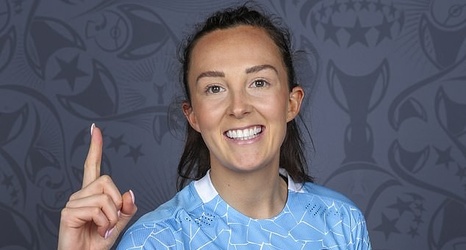 In December last year, she became the club’s first player, male or female, to be nominated for the FIFA Puskas Award. There’s one stat she wants rid of, however. Since the midfielder joined City in 2018, the club have finished second in every Women’s Super League season.

‘Coming second every year that I’ve been here is a really annoying stat that I’ve got over me at the moment,’ Weir tells Sportsmail.