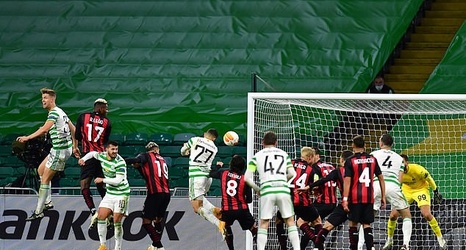 A late headed goal provided a flash of inspiration for Celtic in their Europa League opener with Italian giants AC Milan, but Jens Petter Hauge's slotted strike in the final moments broke hearts in Glasgow.

The visitors broke the deadlock in the opening stages after Rade Krunic jumped highest to nod home in the area.

As Celtic toiled, former Manchester City starlet Brahim Diaz - on loan from Real Madrid - found the back of the net to double the margin for Milan.

Late rallies from the men in green and white were not quite enough, as Hauge was able to capitalise upon a high line and secure victory for Milan.