Can Manchester City bounce back from Champions League heartache again? Pep Guardiola has failed in Europe for more than a decade but history suggests he makes up for it with huge domestic success - and that's bad news for Liverpool 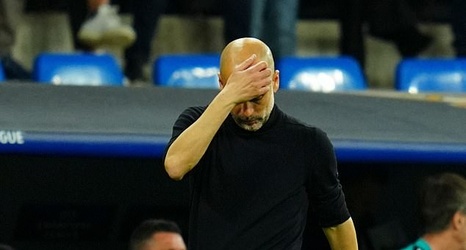 After yet another heartbreaking exit from the Champions League for Pep Guardiola's Manchester City, it has now been over a decade since the Spaniard tasted success in Europe.

But does history suggest more title success as the Premier League race with Liverpool goes to the wire, with City level on points at the top with one game in hand and having just four matches left to be played?

The 51-year-old won Europe's top prize twice in his early days at Barcelona in 2009 and 2011, along with LaLiga titles.

The European Cup, however, has eluded him ever since despite exciting runs and trophy-laden spells with both Bayern Munich and Manchester City.