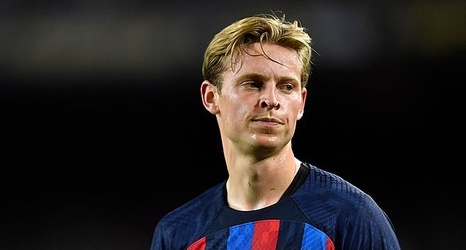 Barcelona have reportedly told Frenkie de Jong that they want to rip up his current contract and revert back to the original terms he signed in 2019, alleging the lucrative deal handed to him by the club's former board involved 'criminality'.

De Jong's future has been the subject of huge speculation this summer with the Catalan giants desperate to either sell the Dutch midfielder or come to an agreement over the £17million he is owed in deferred wages.

Barcelona see the selling of De Jong as the answer to the current financial constraints that are stopping them from registering new signings.