Barcelona 'switch their attention from Memphis Depay to Eric Garcia in the wake of Gerard Pique's long-term injury'... as cash-strapped giants eye defensive reinforcements in January 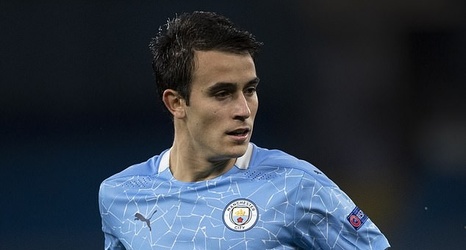 Manager Ronald Koeman was said to be keen to be reunited with Depay, who he worked with during his time as Holland boss, with Barcelona pulling out of a last minute deal to sign him in September.

The Catalan outfit had been expected to try again in January for Depay, whose deal at the Ligue 1 side expires next summer, but the financially stricken outfit are now shifting their focus to Garcia after losing defender Gerard Pique to a cruciate knee ligament injury, according to Goal.