Aymeric Laporte has passed his biggest test for Spain by winning over their fans... and Barcelona's desire to sign him will increase if he impresses against Robert Lewandowski's Poland 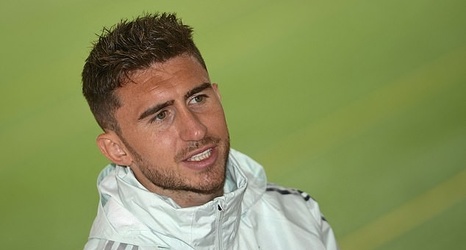 Manchester City's Aymeric Laporte faces the game of his life on Saturday against Poland's Robert Lewandowski but he believes he has already won a bigger battle - gaining the respect of Spain supporters.

In his first media appearance since switching allegiances the former France under-21 international was asked: 'Normally players play for the country where they were born. Do you feel fully Spanish enough to defend the badge, the nation and the anthem?' Laporte's measured, impassioned response, that ended with a promise to give everything to defend the shirt he had chosen to wear, won over most of the doubters in one fell swoop.