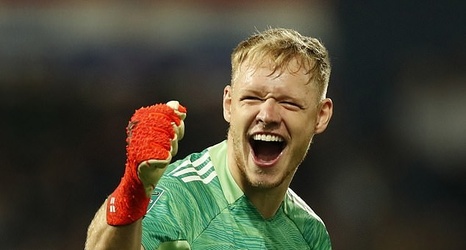 Aaron Ramsdale believes he will replace Arsenal's first-choice goalkeeper Bernd Leno between the sticks for Saturday’s match against Norwich City.

Ramsdale only completed his £30million move from Sheffield United to Arsenal three weeks ago.

However, he believes Mikel Arteta will call on him after Leno conceded five goals against Manchester City last weekend.

According to The Sun, Ramsdale has told his close friends that he thinks the Arsenal manager will select him ahead of Leno for Saturday’s Norwich match.

The news would delighted Sheffield United, who inserted add-ons in this summer's deal based on appearances.