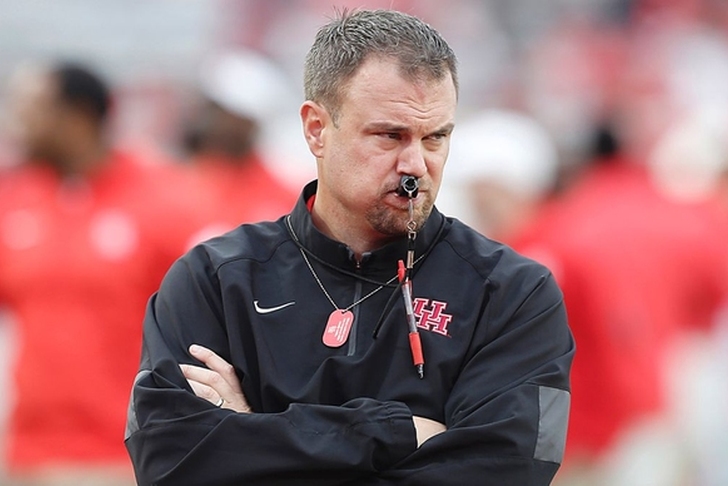 According to multiple sources at both LSU and Houston, the agent for Houston football coach Tom Herman, the hottest name in this offseason's coaching carousel, has been negotiating with LSU officials to become the new head football coach in Baton Rouge.

Our sources tells us that the terms of the deal (which we don't know yet) are more of less agreed upon, now it will be up to Herman to decide if he want's to make the move to the SEC West.

According to our source at LSU, the school put the full court press on Florida State coach Jimbo Fisher in the past week, but conversations with Fisher's rep didn't make enough progress for the school to think he was a viable option. Once Fisher was no longer an option, the school reached out to Herman's agent Trace Armstong, who communicated that Herman would have "very strong' interest in coaching the Tigers in 2017.

On the Texas front, UT Chancellor William McRaven has been rumored to have taken over coaching decision and search process, and has indicated that if the school goes through with it's intention to dismiss coach Charlie Strong on Saturday, they would want to "think big" on their next coach, leading some to believe that Herman is no longer an option for the Longhorns.

With Texas and Houston both playing on Friday, the next 48 hours are going to be extremely exciting and impactful to the future of college football.

For more on this story, download the Chat Sports app for iPhone of Android.