Women’s Basketball Back In AP Top 25 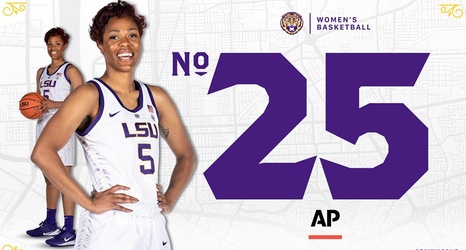 BATON ROUGE – The LSU women's basketball team is back in the Associate Press Top 25 Women's Basketball Poll for the first time since the end of the 2017-18 season. The Tigers come into the Dec. 2 poll ranked No. 25.

LSU is now 7-1 with its sixth consecutive victory. It is the first time LSU has started the season 7-1 since the 2013-14 season when the Tigers were ranked in the top 15 and advanced as far as the NCAA Sweet 16.

LSU picked up a big win on Friday against then-No.