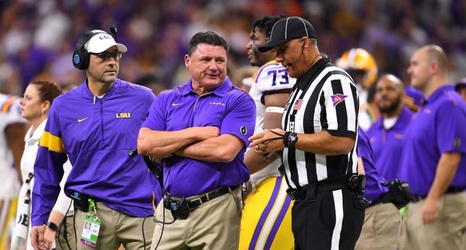 2021 five-star defensive end Korey Foreman is rated as the top recruit in the nation and LSU football is firmly in the mix to land him.

The Tigers, along with Clemson, Georgia, Oregon and USC appear to be the favorites to land Foreman.

LSU may have a slight edge in the pursuit for the dominant defensive end, thanks to Foreman’s existing relationship with five-star defensive tackle Maason Smith, a Louisiana native who is considered an LSU lean.