Who Needs Cocaine When You Have LSU Baseball? 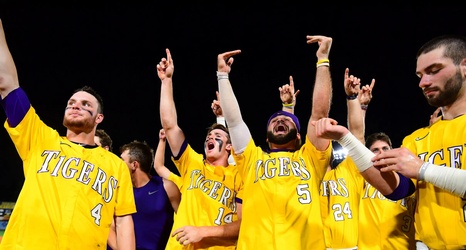 This team defies explanation. For the second straight night, they were dead to rights. This team wasn’t just dead, they were buried. The priest was out not giving last rites, but giving his homily over their graves.

I can’t even put this into words. LSU should be going home, and instead they are undefeated, and waiting for a team to crawl out of the loser’s bracket to play in the title game. How in the heck did this happen?!

There wasn’t much to say about this one for eight innings. USM staked itself out to a small lead, and kept extending it throughout the night, and LSU couldn’t catch up.