What the Heck Just Happened? 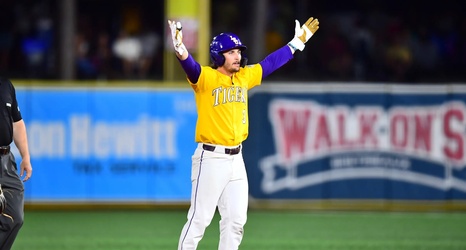 You turned it off, didn’t you? Admit it. It was hopeless. There was no chance. LSU had lost this one.

Early on, it looked like it was gonna be one of those games in which both offenses threw haymakers at one another until the last team up finally won in the ninth. Then it turned into a depressing blowout loss which would be a referendum on the Jay Johnson era so far.

And then it turned into one of the greatest comebacks in LSU postseason history. Nervousness to depression to ecstasy. I can’t do a whole month of this, y’all.