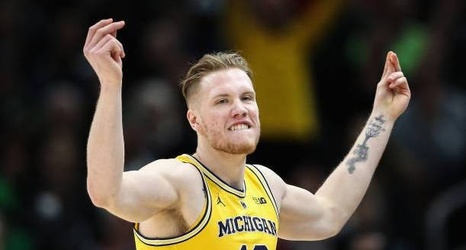 When LSU looks back at the tape from Thursday's NCAA tournament game against Yale, there will be stiff competition among teammates over who had the best highlight.

Tremont Waters has a good claim for that crown after dropping Yale's Alex Copeland to one knee with a slick crossover.

The only downside to the play is Kavell Bigby-Williams was unable to finish Waters' alley-oop pass after being fouled by Blake Reynolds.

That's a minor nitpick from a stellar moment for Waters in LSU's first NCAA tournament game in four years.