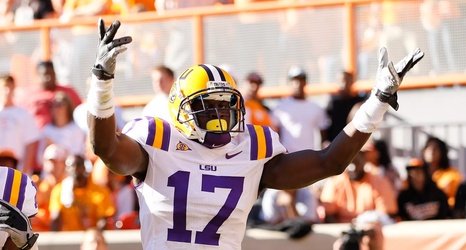 DBU. If you’re a defensive back you come to LSU to be great. That goes for the ones who arrive with a reputation and the ones without. If you join the Tigers already in the spotlight, the program will help you stand taller. If the spotlight isn’t on you, LSU will set you up so the bright lights shine in your direction.

Morris Claiborne was not one of the highest sought after players in the nation out of high school. In a 2009 class headlined by Ruben Randle, Russell Shepard, and Craig Loston, Claiborne was a three-star prospect rated as the 58th athlete in the nation and 21st prospect in Louisiana according to Rivals.