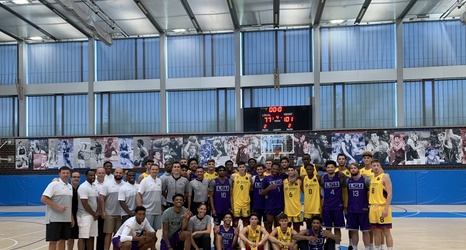 BARCELONA, Spain – LSU completed its four-game tour of Spain with a workmanlike and balanced win over its second toughest opponent, the FC Barcelona B squad, 101-77, Wednesday at the Ciutat Esportiva Joan Gamper, the training grounds for all the FC Barcelona squads.

As the LSU team arrived late morning at the heavily controlled site, several dozen fans were outside the facility waiting to catch a glimpse and possibly an autograph from the football (soccer) team which was practicing on the other side of the complex.

LSU finishes the tour at 3-1, following up an 92-88 loss to the Dominican Republic with wins over All-Star teams from Valencia and Barcelona and the FC Barcelona team, scoring over 100 points in each of the last three games.