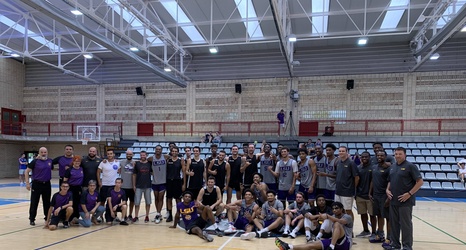 BARCELONA, Spain – For the second straight game, Coach Will Wade was allowed to experiment with several different quintets against a Barcelona All-Star team that was content to shoot three-pointers and the result was a 107-78 win Tuesday for the LSU Basketball Tigers to run their record to 2-1 on the Spain exhibition tour.

There will be little time for resting as LSU will play its final game on Wednesday at noon CET against the FC Barcelona Silver Team (part of the famed FC Barcelona sports program that includes its soccer (football) team and facility which the team toured on Monday evening after arriving here.