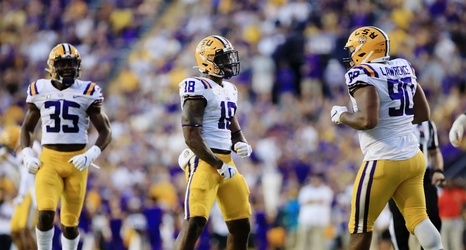 The rate of our ascension makes statisticians feel sickly.

Accountants, they get snippy, they never counted so quickly.

We’re past the three week mark in the season and it’s fair to say that so far, the season has been a rousing success.

The Tigers are 3-0 behind a revamped and effective offense and a defense that’s behind the norm, but still top tier. Joe Burrow is a legitimate Heisman candidate and Grant Delpit is probably a better player overall. LSU is undefeated and Texas fans are still salty about it.