The Blessing And The Curse of Paul Mainieri 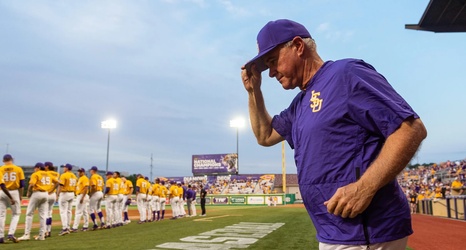 Paul Mainieri’s career is over. LSU has been eliminated in Knoxville after a magical Regional weekend made us believe that they could maybe turn their season around and make one more run to Omaha for the skipper.

But I don’t feel too back about it. Let me explain.

The 2021 LSU baseball team was not a good team. They had talent, but couldn’t put it together and were literally - no, literally - hamstrung by injuries.

They limped into the SEC Tournament and were promptly eliminated on the first day. Following that miserable loss to Georgia, there were doubts if LSU would make the NCAA Tournament and if there were even deserving of it.