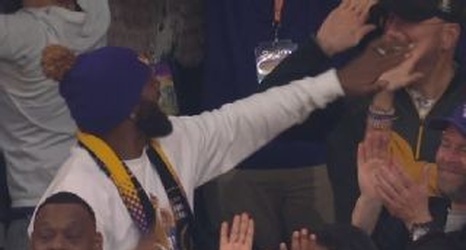 NEW ORLEANS - LSU tight end Thaddeus Moss can remember sitting in the stands at the Mercedes-Benz Superdome when he was in middle school, watching his dad, Randy, catch two passes for the 49ers in a 34-31 loss to the Ravens in Super Bowl XLVII. It was his father's last NFL game, and as good as the Hall of Famer was, Randy Moss never won a Super Bowl.

Before Monday night's College Football Playoff national championship game against Clemson, Thaddeus got a text from his dad, showing him where he was sitting in the stands - "maybe a section or two off of where I was sitting in the Super Bowl," Thaddeus said.