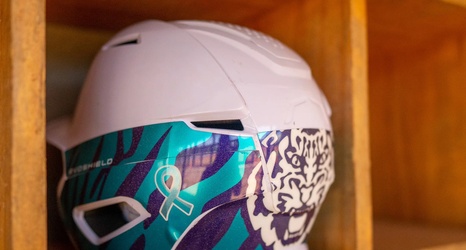 LSU concluded the regular season in strong form, taking two of three from Mississippi State giving the Tigers a 13-11 record in conference play, good enough to earn the sixth seed in the upcoming SEC Tournament.

In Friday’s opener LSU got its best both from the offense and pitching resulting in a 7-2 victory. Ali Kilponen had a strong start, tossing a complete game allowing two runs in her outing. For their part the Tigers gave Kilponen support early with Shelbi Sunseri hitting a three-run home run in the first inning, spotting Kilponen a 3-0 lead. In the fourth the Tigers added on four more runs thanks to a Danieca Coffee RBI walk, a run scoring single from Ciarra Briggs and a two-run single by Taylor Pleasants.