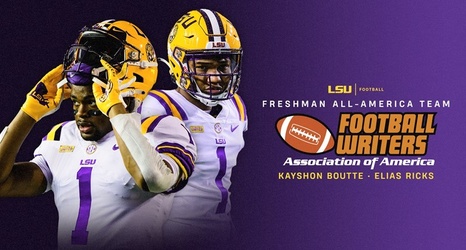 Boutte was also tabbed as the FWAA's Freshman Breakout Player of the Year for 2020.

This is the 20th season the FWAA has honored Freshmen All-Americans. Ricks and Boutte become the 11th and 12th LSU players named to the team since its inception in 2001.

Ricks, who prepped at IMG Academy, had an outstanding rookie season, finished second in the Southeastern Conference and eighth nationally in interceptions with four.