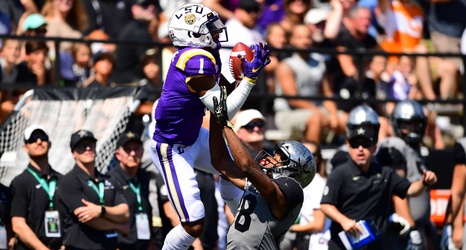 NASHVILLE – Everyone is talking about how good LSU’s offense is.

It’s all anyone can talk about – anyone, except the players who make that offense so good.

The Tiger attack conducted another record-setting performance in Saturday’s 66-38 win over Vanderbilt, mostly through the air, once again. Quarterback Joe Burrow broke a school record with six touchdown passes. Wide receiver Ja’Marr Chase became the third Tiger ever with four touchdown catches in one game. The Tigers, as a result, set a new SEC mark for points scored in the first four games of the season.