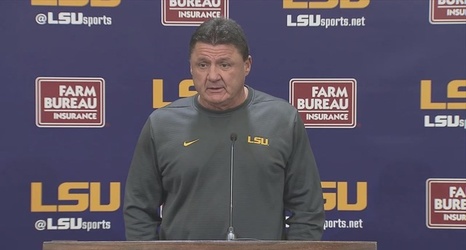 LSU, winners of 13 straight games, brings a 12-0 mark into the contest, while Georgia is 11-1 overall. It's LSU's sixth appearance in the SEC Championship Game with four of those contests coming against Georgia. Kickoff on Saturday is scheduled for 3 p.m. CT on CBS.

Here's the full transcript of Orgeron's press conference on Monday:

Opening Statement:
"What a great night at Tiger Stadium.