Orgeron: LSU a 'step ahead' in plan to keep top assistant Joe Brady 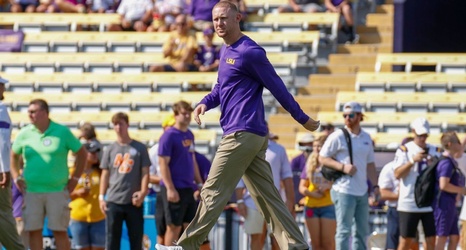 Brady is in his first season with LSU after spending two seasons as a low-level offensive assistant with the New Orleans Saints.

On Monday, Brady was announced as one of five finalists for the Broyles Award, which is presented to the nation's top college assistant.

Orgeron said LSU has "a plan in place" to retain Brady and is "in good shape," but did not elaborate.