No. 3 Seed LSU to Face Yale in NCAA Opener 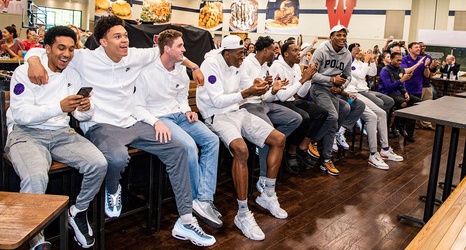 BATON ROUGE -- SEC Champions and third-seeded LSU will face Ivy League Champions and No. 14 seed Yale (22-7) on Thursday in the second round of the 2019 NCAA Men's Basketball Tournament held in Jacksonville's VyStar Veterans Memorial Arena, it was announced on Selection Sunday.

The winner advances to face either No. 6 seed Maryland or the winner of the opening-round game between Belmont and Temple in the third round of the 68-team tournament on Saturday.

Game times and television are expected to be announced Sunday evening. LSU's games will be broadcast on the LSU Sports Radio Network, streaming free on www.