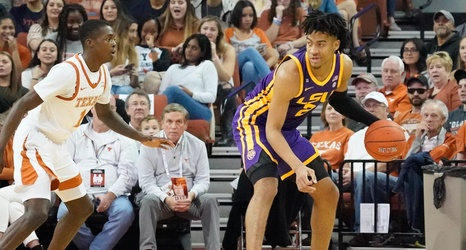 The conferences played to a 5-5 draw in last season’s Big 12-SEC Challenge. Last year LSU did its part for the SEC, defeating Texas in Austin 69-67, while Texas Tech lost at home to Kentucky in overtime.

Texas Tech projects to be an awesome matchup. The Red Raiders made the Elite Eight in both 2018 and 2019, and were the national runners up in 2019. LSU and Tech have played seven times, with the Red Raiders holding a 4-3 advantage.