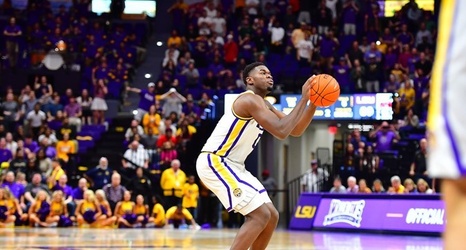 BATON ROUGE, La.— No. 25 LSU improved to 18-6 and 9-2 in SEC play with a 69-52 victory over Missouri Tuesday night inside the Pete Maravich Assembly Center.

All five of LSU's starters scored double digits Tuesday. Skylar Mays led the way with 23 points on 7/11 from the field. Darius Days joined in with 20 and a clutch lay-in to give LSU a five-point lead with 25 seconds left in the game. Days also notched a double-double with 10 rebounds and recorded two blocks. Javonte Smarted added 15 points of his own while Trendon Watford and Emmitt Williams both had 11 points.