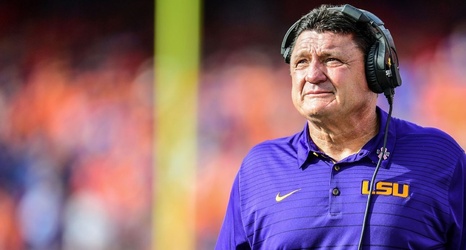 HOOVER, Ala. -- LSU's hiring of the gruff-talking, barrel-chested Ed Orgeron was met with widespread skepticism a few years ago. Two full seasons and 19 wins later, he's proving doubters wrong and the program is on solid ground.

But when it comes to expectations in Baton Rouge, solid won't cut it much longer.

Armed with a veteran team, the Tigers are expected to compete with Alabama for the Southeastern Conference's Western Division title. Orgeron's quarterback, senior Joe Burrow, was adamant on Monday during SEC media days that the 58-year-old coach has more than enough football chops to push LSU into the nation's elite.