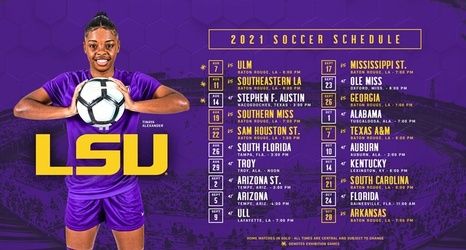 Baton Rouge, La. – The 2021 schedule for the LSU soccer program has officially been released and will feature 17 regular season contests for the Tigers, including a total of seven matches in Baton Rouge.

The Tigers will be entering year No. 2 under head coach Sian Hudson. Under her direction in year one, LSU accumulated a record of 8-8-3 including wins in six of their final eight contests to close the season. LSU returns a large majority of the 2020-21 squad that grew stronger throughout the season, and the Tigers have also added several key pieces to the roster via the transfer portal.