LSU Football: Understanding why Joe Brady is leaving for the Carolina Panthers 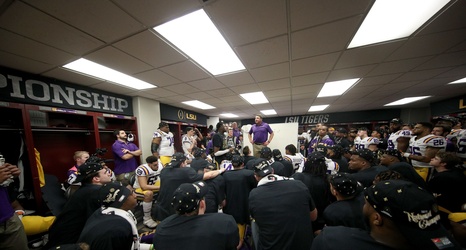 LSU football is reportedly losing a valuable assistant just a day after their national championship game win against the Clemson Tigers.

Brady was on LSU’s staff for one season and was largely credited with the Tigers’ offensive explosion in 2019.

Panthers’ owner David Tepper wanted Matt Rhule as his head coach, and Rhule wanted Joe Brady as his offensive coordinator, and both men got what they wanted. Brady will run Carolina’s offense.