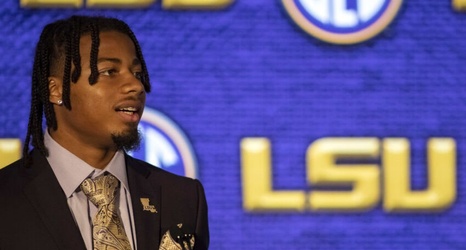 LSU football has been without star cornerback Derek Stingley Jr during the early portion of fall camp.

Stingley has been out with what’s been described by Tigers head coach Ed Orgeron as a “minor injury”.

It’s unclear what injury Stingley is dealing with, but it’s been enough to keep the stud defensive back out of practice.

So when will the Louisiana native return to practice?

According to 247Sports‘ Shea Dixon, Stingley should return to practice sometime next week. That will give Stingley a final week of fall practice, plus a week of game prep for UCLA, before the start of the 2021 season.