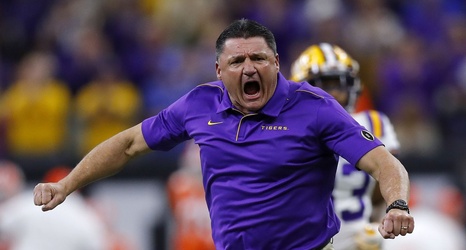 When LSU football hired Ed Orgeron in 2016 to be the Tigers’ permanent head coach, the decision was met by a lot of folks with skepticism and laughter.

Sure, Orgeron did well as the interim head coach in the wake of Les Miles’ firing, but was he really head coach material?

After all, Orgeron bombed in his previous stint as a head coach at Ole Miss.

Yesterday a CFB coaches agent called me. All he said was “LSU hired Ed Orgeron.” We laughed for a few minutes.

Coach O was mocked for how he talked.