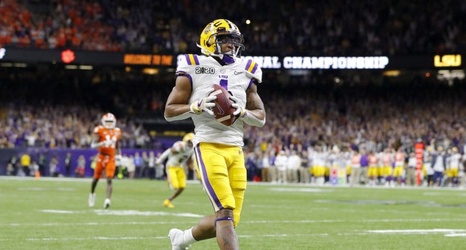 Former LSU football wide receiver Ja’Marr Chase is expected to be one of the top players selected in the 2021 NFL Draft.

A year ago, the assumption was that Chase would be the first wide receiver off the board in the draft.

But Chase’s decision to opt out, combined with Alabama wide receiver DeVonta Smith’s impressive 2020 season, has made Chase as the first wide receiver selected not quite a slam dunk.

Some analysts still prefer Chase — thanks to the fact that he’s built a bit bigger — over Smith.