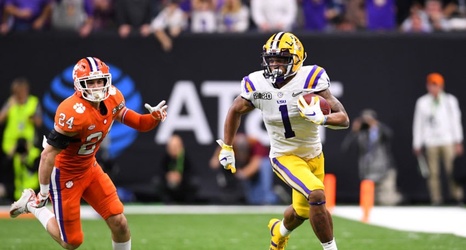 Former LSU football wide receiver Ja’Marr Chase will be a top 10 selection in the 2021 NFL Draft according to the latest mock draft from ESPN’s Mel Kiper.

USA Today noted this week that Kiper has Chase being selected with the No. 6 overall pick by the Philadelphia Eagles.

Multiple mock drafts have the Eagles taking a quarterback with the No. 6 overall pick, so this is certainly a differing prediction from Kiper.

Kiper’s reasoning for the Eagles taking Chase is that Jalen Hurts is slated to be the starting quarterback in Philadelphia after the team traded Carson Wentz to the Indianapolis Colts.