LSU football did right by Ed Orgeron, even though it wasn’t necessary 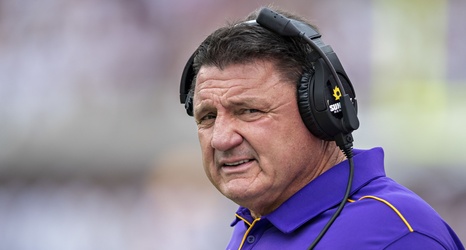 According to The Athletic’s Bruce Feldman, LSU football head coach Ed Orgeron has agreed to a contract extension that will keep him in Baton Rouge for years to come.

Feldman reported on Friday that Coach O has agreed to a six year extension worth more than $42 million.

It’s certainly a deserved pay day for a head coach who just guided LSU to possibly the greatest college football season ever.

SOURCE: Ed Orgeron and #LSU have agreed to a 6-year contract extension valued at more than $42 million in total… Orgeron is 40-9 since taking over at LSU and is 11-1 in his last 12 games against Top 10 opponents.