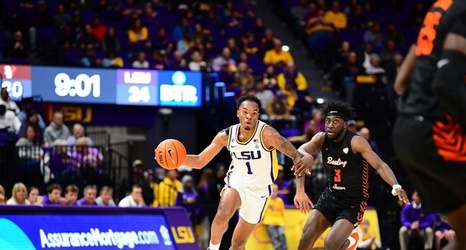 BATON ROUGE – No. 22 LSU began the 2019-20 basketball season with an 88-79 victory over Bowling Green Friday night inside the Pete Maravich Assembly Center.

LSU was led by sophomore's Javonte Smart and Emmitt Williams, both with 21 points. The backcourt of Smart and senior Skylar Mays led the team in rebounds with eight. Smart also led LSU in assists with five. Junior guard Charles Manning Jr. protected the perimeter and the paint, leading the team in blocks with four.

Sophomore Emmitt Williams reached a new career high in points Friday with 21, eclipsing his previous high of 15, which he hit twice in his freshman season.