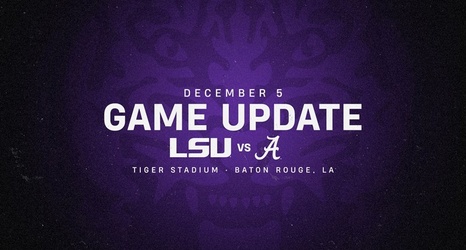 BIRMINGHAM, Ala. – The Southeastern Conference has announced a revised schedule for football games to be played on December 5 as a result of game postponements during the 2020 season due to the impact of COVID-19.

This rescheduling of games allows for the continued opportunity for all 14 SEC teams to each play 10 games in the 2020 season. The revised schedule is contingent on the absence of additional postponements prior to December 5.

The schedule for December 5 includes two games rescheduled from earlier in the season, Alabama at LSU and Arkansas at Missouri, and moves three games originally scheduled for December 5 to a date to be determined.