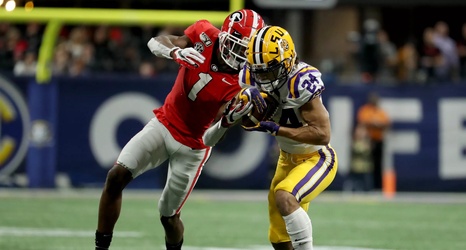 Damn, that feels good to type out.

I’ll admit it; I didn’t think this team could make it this far before the season. I was bullish that they had a shot to be really good. I think we all were. Even on Joe Burrow’s ability to become a very Good Quarterback and for this offense to break out.

I never foresaw this. Burrow putting together the greatest season in LSU history, one of the greatest in the history of the entire sport, and leading the Tigers to an undefeated season and their first SEC championship since 2011.