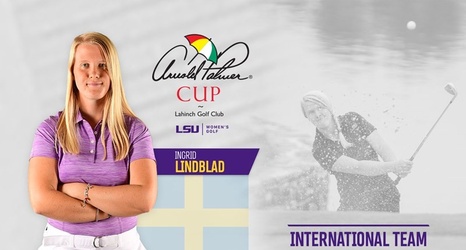 BATON ROUGE — LSU freshmen Ingrid Lindblad has been named to the 2020 Arnold Palmer Cup International Team. The rookie from Halmstad, Sweden is the first LSU women's player to be chosen to compete on a Palmer Cup team.

Lindblad is one of three committee selections announced today during the Arnold Palmer Invitational presented by Mastercard. She has also accepted an invitation to compete in the second annual Augusta National Women's Amateur, April 1-4, 2020, and currently ranks No. 1 in the Golfstat NCAA Division I player ranking.