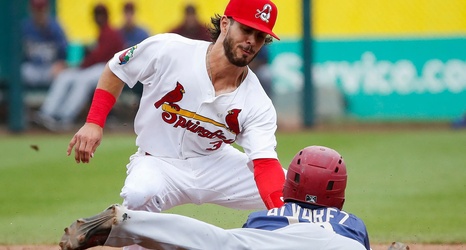 Robertson is the 80th former Tiger—and 22nd coached by Paul Mainieri—to make it to the show. He joined the Cardinals in St. Louis Tuesday and his mother (who idk if you heard is Kim Mulkey), Mainieri, and Ben McDonald (St. Louis is playing the Baltimore Orioles and McDonald is working the Baltimore broadcast) took in the scene.

Robertson’s first ever MLB appearance came in the bottom of the ninth inning as a pinch runner representing what would have been the tying run for the Cardinals.