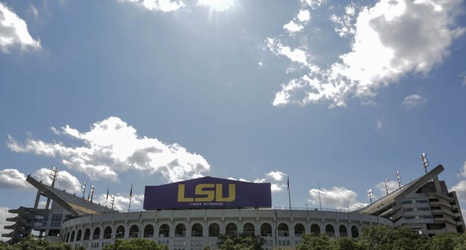 Of course, that’s not much of a surprise — Manning is likely the most coveted 2023 recruit for every program in the nation.

Only a few programs have a legitimate shot to land the highly touted quarterback.

Alabama, Clemson, Georgia, Ole Miss, Texas, and LSU appear to be the six programs that are in serious contention for Manning.

And of those programs, it might be LSU that’s bringing up the rear.

Is LSU football falling behind in the race for Arch Manning?