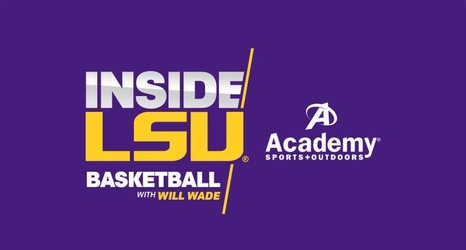 BATON ROUGE – The 2019-20 season of Inside LSU Basketball with Will Wade presented by Academy Sports + Outdoors will have its season debut on Sunday on the LSU Sports Television Network.

The show is hosted by Voice of the Tigers Chris Blair and Coach Wade will be alongside to review highlights and discuss what's happening that week with the basketball Tigers. There will also be inside access to the behind the scenes aspects of the program

The show will run twice in December starting Dec. 8 and 22 before returning for 10 consecutive weeks in January.