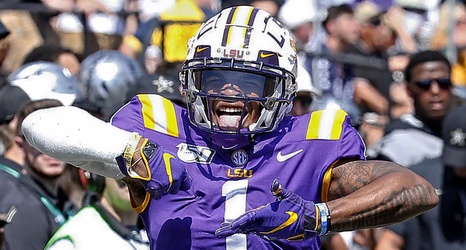 Do not make Joe Burrow angry. You wouldn’t like him when he’s angry. Well, unless you’re an LSU fan, then it’s a total delight.

In a much chippier and more physical game than was initially advertised, Joe Burrow took several big shots from the Vanderbilt defense, told them so, and then casually threw for another touchdown. The best revenge is another seven points.

Joe Burrow put on a show in the first, throwing for 357 yards in the first half alone. He would eventually close his night midway through the second half, having thrown for 398 yards on 25 of 34 passing.