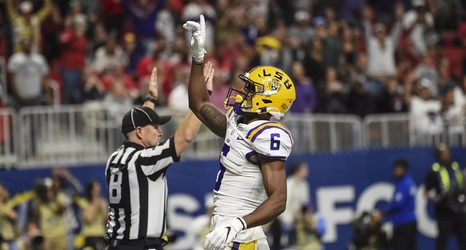 Mission accomplished. Print the T-shirts. Raise the banner. Down a few shots.

LSU dominated from the opening kick, though it took a while for it to show up on the scoreboard. LSU built a 17-3 at the half, but honestly, it should have been a lot worse. LSU had three drives into Georgia territory in the second quarter, resulting in just three points.

And put it away they did.