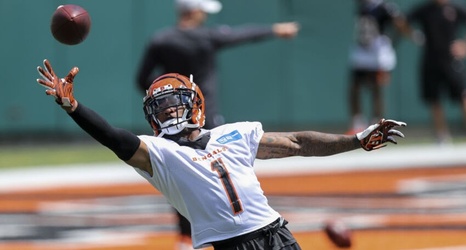 When the Cincinnati Bengals selected former LSU football wide receiver Ja’Marr Chase with the No. 5 overall pick in the 2021 NFL Draft, there were some media members who weren’t thrilled with the pick.

Former LSU defensive back Ryan Clark, who played 12 years in the NFL and now works for ESPN, was one of the folks who was critical of the pick.

“I know it’s going to sound crazy because we’ve now reunited two Tigers in Joe Burrow and Ja’Marr Chase….but it’s not what we wanted.