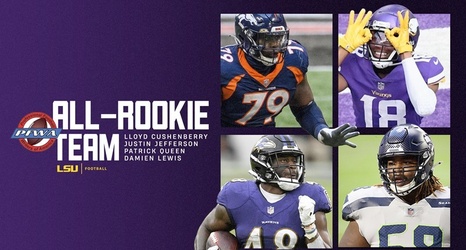 Jefferson, who was the 22nd overall pick in the 2020 NFL Draft, set the league's rookie receiving record with 1,400 yards on 88 receptions. He scored seven touchdowns for the 7-9 Vikings. Jefferson had seven 100-yard receiving games with his career-best of 175 yards coming in his first start in week 3 against the Titans.