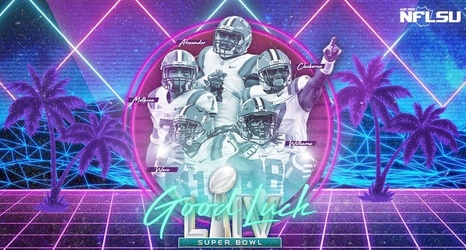 BATON ROUGE – With five former Tigers in this year's Super Bowl, LSU will run its streak of consecutive years with at least one player in the game to 19 straight when the Kansas City Chiefs face the San Francisco 49ers on Sunday in Miami.